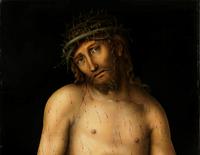 Jewish people have an extra barrier to cross before they could possibly come to a point of faith in the true Messiah. For them, Jesus, The name of the Lord, is not just a swear word, but a curse word, in the fullest definition of the word. And as for “Christ”, no other word sends more of a shiver down a Jewish spine! There’s a simple reason of how this can be and it is laid firmly at the foot of the Church. To give you an insight, here are the sort of words that a medieval Jew had to recite when he agreed to convert to Catholicism.

“I do here and now renounce every rite and observance of the Jewish religion, detesting all its most solemn ceremonies … I promise that I will never return to the vomit of Jewish superstition … I will shun all intercourse with other Jews and have the circle of my friends only among other Christians … We will not associate with the accursed Jews who remain unbaptized … We will not celebrate the Passover, the Sabbath or other feast days connected with the Jewish religion … And I absolutely renounce every custom and institution of the Jewish laws … in one word I renounce absolutely everything Jewish … Together with the ancients, I anathemise also the Chief Rabbis and new evil doctors of the Jews …”

So, an aversion to Jesus is in Jewish genes. Paul even foreknew this, he wrote it in his letter to the Romans.

But, the rabbis have also played their role in this. It’s back to the big mistake, the blatant concealing of the identity of the Jewish Messiah. Instead, they look for him elsewhere.

It is one of the thirteen fundamental Jewish Principles of faith.

“I believe with complete faith in the coming of Messiah. Though he tarry, nonetheless I await him every day, that he will come.”

The concept of Messiah has been re-evaluated and repackaged by them in the light of the rejection of Jesus. Here’s how it goes …

Life on Earth is a struggle and things will only get better when the World reaches a state of perfection. This will only happen when the Jewish nation reaches a state of perfection, which – let’s be frank – is not going to happen. This is where the Messiah comes in. Here will be a man, descended from King David, who will nudge the Jews to their destiny and bring peace to the World. He will bring the Jews back to Israel, rebuild the Holy Temple, abolish anti-Semitism and act as Israel’s teacher and spiritual mentor. The earthly model for this role was Moses, the first redeemer of the Jewish people.

How did the rabbis conceal Jesus from their people?

This year’s party conferences have highlighted the ideological differences between them more starkly than usual. Jeremy Corbyn and his supporters are seen to have seized control of the party and taken it in a more socialist direction. That has prompted senior Conservatives to reiterate their commitment to capitalism.