There’s an interesting comment near the end of the Gospel of John, often overlooked.

“Jesus did many other miraculous signs in the presence of his disciples, which are not recorded in this book.” (John 20:30)

We tend to think that what we read in the Gospels is all that Jesus said and did. Far from it. John himself declares at the end of his Gospel that there is so much more that he could have written, that the world would not be large enough to hold all of the words! That would have been counter-productive. It was important that he could get the point across in the most succinct and compact way. He must have been anticipating the low attention spans of us folk, 2000 years down the line! The Gospel gives us a snapshot, a verbal picture album of the highlights (and lowlights) of Jesus’s life. And how did John manage to shoehorn all of that potential material into his slim volume? In the next verse John explains.

“But these are written that you may believe that Jesus is the Christ, the Son of God, and that by believing you may have life in his name.”

So the miraculous signs that John wrote about were there for a reason. Every one of them had a purpose, they weren’t your common-or-garden miracles. They were messianic miracles, signs pointing to Jesus as Messiah, as Christ. And special miracles they were, as we will see. 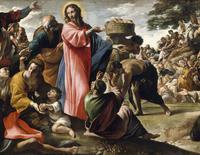 There were, in fact, seven of them. First up is the water into wine at Cana. It was performed for his mother and all of his disciples. As John said, this first miraculous sign was to reveal his glory to them and provide an anchor for their faith in him.

Interestingly his second miraculous sign was also at Cana. This was the healing of the official’s son, performed over a distance of around ten miles without even meeting the patient. As this was unheard of, this too was considered a miraculous sign of his Messiahship and resulted in the official and his whole household believing in Jesus and his claims.

Next was the healing at the Pool of Bethesda, performed on a Sabbath and, because of this blatant disregard of the traditions, led to the first murmurings of murder by the religious Jewish establishment in Jerusalem.

Then there was the feeding of the five thousand, repeated in the other Gospels. If you think about it, this was remarkable in the extreme. We have heard this story so many times, seen it in so many movies, that its very familiarity lessens its impact. Yet a handful of loaves and fishes feeding the equivalent of a small football crowd? Food conjured up out of nowhere? This could be no conjuring trick, this was an act of creation par excellence. Surely only God himself could create living beings, even if the fish hardly had much of a meaningful experience, popping into the world only to pop down the throats of hungry people! And the idea that the whole baking process could be reproduced in a moment surely boggles the mind. The effect of this miraculous sign was significant. The people really took notice and were ready to proclaim Jesus as the Messiah they had been waiting so long for, the conquering king. No wonder Jesus fled to the mountains before this could happen.

Why did Jesus perform miracles? 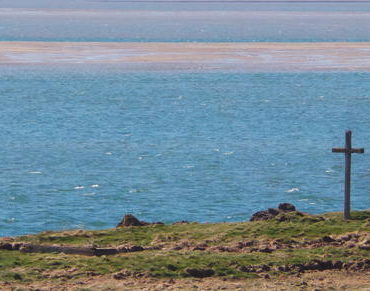 Throughout Lent Premier’s been on a journey exploring the Spiritual Disciplines practiced by the ancient leaders of our faith.