Another Jew with his life mapped out for him, Chaim was the son of a Lithuanian Rabbi. Conversant with the Scriptures from a very early age, once he ran away from home in order to be taken into heaven like Elijah. When of age, he became a rabbi, but reluctantly so as even then he had begun to doubt the true worth of the Talmud in God’s eyes. This became his undoing, having to resign his calling after publicly preaching against the Talmud and challenging others to join him.

A New Testament was given to him, though it raised more questions than answers until he was able to learn more through the efforts of a Pastor, working with the Jewish people in Kishinev. Pastor Faltin offered him German lessons if he would help him in his study of Hebrew by reading through the Hebrew Bible with him every week. 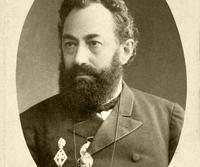 The crunch came when they reached Isaiah 53, the chapter that speaks of the suffering servant. Chaim requested that they skip this chapter but the Pastor held firm. From that time the rabbi could not help thinking about that remarkable chapter, and felt it was cowardly to be afraid to know what God had revealed in it. So he gave in and the following week the Pastor used the occasion to demonstrate the Christian view of that passage. First of all he read to him the story of Christ’s sufferings as contained in the New Testament. After that they read Isaiah 53 and Chaim was forced to admit that the chapter was a perfect picture of what Jesus had suffered and acquired for us at Calvary.

To cut a long story short, this led to the baptism of Chaim (and his wife).

The day did not pass without trouble, though. Many Jews had written to him to tell him what a disgrace this public proclamation will be for the Jewish population. Others threatened to kill him at the actual service. The Pastor even asked him whether he would prefer a quieter more discreet ceremony, but he refused, saying, “Jesus the Messiah is a living, mighty Saviour. He can protect me; but even if He does not, I am willing to suffer and die for Him.” The church was packed with Christians and Jews and the service proceeded without incident. After the service an elderly lady told Chaim that for eighteen years she had prayed to God and pleaded with Him to save his soul.

Chaim, now called Rudolf, was ordained as a Protestant Pastor. That day he preached on Romans 1:16, “For I am not ashamed of the gospel of Christ: for it is the power of God unto salvation to every one that believeth; to the Jew first, and also to the Greek.” His ministry never neglected his Jewish brethren, leading many to faith in Jesus, and he was well known for his boldness in Germany and in Russia. A few years later the Church of Kurland called him as their missionary to the Jews. This ex-Rabbi lived in two worlds. His work among Gentiles was to instill in them a love for God’s ancient people and his work with the Jews was to introduce them to their Messiah. On his death-bed, at the age of 73, his text was Psalm I22:1-3 “I rejoice in those who told me: Let us go into the house of the Lord! Our feet stand in thy gates, Jerusalem. Jerusalem is built to be a city where the people should gather.“

But he persevered and, despite opposition even from other Christians, built up a large congregation of Jews whom he had won to the faith of the Messiah. Dr. Leopold Cohn passed away on December 19, 1937. His funeral service, held at the Marcy Avenue Baptist Church in Brooklyn, drew a large attendance of friends and admirers, both Jews and Christians.

How a Rabbi discovered the suffering servant. 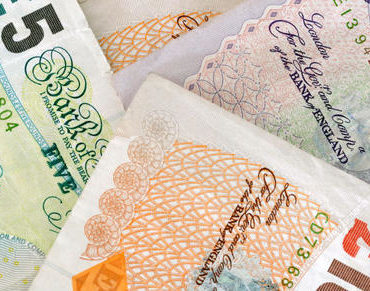 Christian campaign group Save Our Parsonages  has warned that England's vicarages and parsonages may soon all be gone due to 70 years of them being sold off.