Returning to the Original

(EXCITING NEWS: From this Saturday, November 15th, we have our own programme on PREMIER RADIO. The programme starts at 12:30pm GMT and will run for 6 weeks. Do put this in your diary! The programme will also be available on-demand from the website.)

So, is there a way back? Surely too much has happened in the intervening 2000 years to make this possible? Society has moved on – what can a sophisticated technologically-advanced post-modern civilisation have in common with a far-flung primitive outpost of the corrupt Roman empire, when woman were viewed as mere chattels and brutality ruled? Yes, our bodies inhabit different times, totally different environments, but what of our inner life? What is the state of our souls? How has human progress and technological advancement affected the “inner man”?

Have we learned to get on with each other? No, witness the First and Second World Wars and the escalating violence that stalks our modern World.

Have we overcome the brutal ways we treat each other? No, witness Auschwitz, Hiroshima, 9/11.

Have we solved the problems of the human condition? No, witness the rise in racism, unwanted pregnancies, hate crimes, poverty (despite a worldwide surplus of food), environmental damage etc. etc.

So, what’s changed? Actually, in things that matter … nothing! 21st Century man (and woman) has as much need of the transforming Gospel of Jesus Christ as those who lived with him in the 1st Century.

But, still, we can’t totally ignore two thousand years of Church history. I suggest that there is an elephant in the room for any modern fellowship trying to recreate the original Church in their living room, an unavoidable issue that needs to be addressed at some point.

It’s in our DNA. Two thousand years of being taught to think in a certain way is very significant. The Greek mindset (more of this in the next section of this book) may have given us scientific progress and a soft easy life (when’s the last time you had to hunt for your food, or rely on a harvest or fetch water from a well?) but it does not provide a natural interface for our dealings with God. It is not comfortable with the supernatural, with the World beyond our senses, with the spiritual World where we meet with God. And, especially, it does not provide us with the correct tools for understanding God’s Word, The Bible. We need to begin to think and act Biblically. Easier said than done. More of this in the next few articles.

Now we hear again and again of churches and fellowships that declare, we need to get back to the original Church! This was the rallying cry of the original house church movement in the 1970s. They called themselves charismatic restorationists and intended to create churches closer to the New Testament forms of government and organisation. Very soon came splits over such issues as how to engage with the culture, attitudes to women and theological interpretations and hierarchies were created, in the form of networks of churches and leadership structures. Nowadays, these churches have became mini-denominations of their own, though not all of them. I am aware of at least one group of house churches that have functioned in their own quiet way much the same for the last thirty years, without succumbing to the need to create networks and hierarchies.

Other groups have also reacted against the state of the modern Church and have gone “back to basics”, but, bearing in mind that there may be successes we don’t hear of for very good reasons (they have no desire for fame or publicity), few seem to have succeeded. Why is this? I have already suggested a possible reason; the curse of Greek thinking. But some commentators have suggested other possibilities.

They say that the reason why we can’t return to the heady days of old is that the church of Peter and Paul in the Book of Acts was unique, a one-off, extraordinary period of time, ring-fenced by God to get the ball rolling. The reasoning is that He had to pull out all of the stops to ensure that such a momentum of power and deed would be built up in such a short period of time, to drive the Christian Movement well into the future. For these commentators, the unavoidable evidence for the uniqueness of that first period of Church history, is that it has never been repeated. Of course that doesn’t mean that it could never be repeated, just that, in their view, it hasn’t happened yet. They would also say that the Book of Acts just features the highlights over a longish period of time, that miracles and marvellous events didn’t exactly happen every day and that much of the time could have been quite boring and unexceptional. Hey, how do they know, were they there? A weak argument, I think.

Can we return to the Book of Acts? 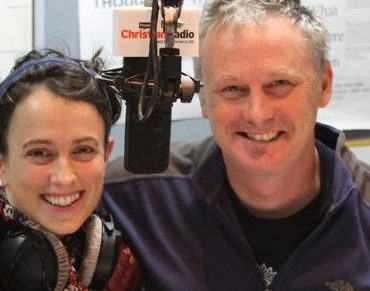 Meet the mum on the dance music scene

Inspirational Breakfast with Esther Higham Cathy Burton is a super-mum. She has an angelic voice that's she's put to great use: in live worship, on recorded albums and while performing with dance DJ Armin Van Buuren on his world tour. All this while looking after her three children. Hear how Cathy juggles the dance music scene with the school run.​"Three of the songs on this album were just written on […]