Pilate was recalled to Rome in 36 AD, the same year that Herod Antipas suffered a heavy defeat in battle, followed by a falling out with the Romans. Next in line for control was Herod Agrippa, made King of Galilee and Judea by the crazy emperor Caligula in Rome. Meanwhile, in 40 AD, there was trouble a-brewing in western Judea. Some Gentiles had erected an altar in the emperor’s honour, which was torn down by God-fearing Jews. Caligula retaliated by insisting that his statue should be erected in the Temple itself, in Jerusalem – shades of Antiochus Epiphanes! Thanks to an urgent intervention by Agrippa, Caligula relented and was assassinated shortly afterwards by the Roman authorities who couldn’t find a constitutional way of getting rid of such a maniac.

But the whole episode made Jews, particularly the growing band who put their faith in the resurrected Jesus of Nazareth, very nervous indeed. Herod Agrippa was no friend of these people, in fact he was beginning to persecute them. He put James the apostle to death and threw Simon Peter into prison. We read of these things in Acts 12. Herod came to a grisly end though – being eaten by worms (verse 23), after proclaiming himself a god, in the deranged tradition of the Roman emperors.

The King is dead, long live the procurator – yes we were now back to direct rule from Rome. The first was Fadus, who was succeeded in 46 AD by Alexander, a Jew who had abandoned the faith of his fathers. This was the time of a severe famine in the land, which we read of in Acts 11:27-30, with Paul and Barnabas organising relief efforts. In the next few years the Jews were becoming less and less pleased with the Roman occupying army, who cared little for the religious sensibilities of the natives, particularly as, unlike with other conquered people, they stubbornly clung to their God and refused to have anything to do with the Roman deities. A growing band of Jewish rebels, springing from the zealot movement in Jesus’ day, was now roaming the countryside, not averse to an occasional assassination of pro-Roman Jews.

The high priesthood had become heavily compromised and had become the property of a few Sadduceean families and the actions of one of these, Ananias, can be read in Acts 23:1-5, at the trial of Paul before the Sanhedrin.

The Jewish revolt against the Romans began in 66 AD as an aggressive backlash against the latest procurator, the greedy Florus, who raided the Temple treasures. This provoked a Roman response, which included random crucifixion. The final act prior to all out war was the refusal of a priest, Eleazar, to make the daily sacrifice for the emperor’s welfare. The zealots now took the opportunity to march to Jerusalem, forcing the Roman forces to surrender. Rome was stung, but retaliated with massive force and Titus, the son of the emperor attacked the city in 70 AD.

On one dark day in August, on the anniversary of the destruction of the First Temple by the Babylonians, the city was in Roman hands and destroyed. Jews were slaughtered or enslaved and 700 of them were dragged back to Rome as part of the triumphal procession, which included the Temple treasures.

So, sadly and inevitably, the two prophecies that Jesus made over Jerusalem were now fulfilled some 40 years later. The only saving grace was that some did listen to his words. Jewish Christians, mindful of his warning in Luke 21:20 (“When you see Jerusalem being surrounded by armies, you will know that its desolation is near”), left Jerusalem when they saw the Roman armies approaching, fleeing to Pella on the east side of the River Jordan.

The ‘Promised Land’ was again purged of most of its Jewish population and this exile was to prove far longer than the exile under the Babylonians. Meanwhile the faith that grew from the teachings, death and resurrection of Jesus of Nazareth spread throughout the Roman Empire, challenging the dominant Greek culture.

So, in 70 AD the Gentile Roman army trampled on Jerusalem, killing 600,000 Jews and exiling most of the rest from the Promised Land. Of course the Jewish followers of Jesus had already left for Pella in the east by then, having heeded the words of the above prophecy.

Why this horrific event happened fetches different answers, depending on the perspective of the speaker but, for a Bible believer, when one considers the sins that led to the 70 year exile to Babylon, hundreds of years earlier, there must have been a serious dislocation between God and His kingdom of priests to warrant an exile that was to last nearly 2000 years.

(This is an abridged extract from Steve’s book Outcast Nation)

What horrific event happened in 70 AD? 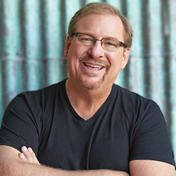 Inspirational Breakfast with Esther Higham Although slavery was formally abolished many years ago, unfortunately it still exists, sometimes in ways we haven't even thought of. This is why the government has published a modern day slavery White Paper, proposing new laws and strengthening old ones, to make it easier to prosecute people involved in human trafficking. Andrew Wileman from the Salvation Army joined us to explain why the government have […]