The future prospects of Israel

Returning to J.C. Ryle (from last week’s article), his third point concerned ‘the future prospects of Israel’. This is interesting because, what was still very much in the future for this 19th Century writer, is now largely in the present. In fact he admitted that he was moving into the area of ‘unfulfilled prophecy’. He was utterly convinced of the restoration of the Jewish people to their land and mentions that ‘out of the sixteen prophets of the Old Testament, there are at least ten in which the gathering and restoration of the Jews in the latter days are expressly mentioned’.

He then chooses a single Scripture from each of these ten prophets, allowing them to speak for themselves. I have taken the liberty of emphasising the key points in bold.

‘In that day the Lord will reach out his hand a second time to reclaim the remnant that is left of His people from Assyria, from Lower Egypt, from Upper Egypt, from Cush, from Elam, from Babylonia, from Hamath and from the islands of the sea. He will raise a banner for the nations and gather the exiles of Israel; he will assemble the scattered people of Judah from the four quarters of the earth’. (Isaiah 11:11-12).

‘This is what the Sovereign LORD says: I will take the Israelites out of the nations where they have gone. I will gather them from all around and bring them back into their own land’. (Ezekiel 37:21) .

‘The people of Judah and the people of Israel will be reunited, and they will appoint one leader and will come up out of the land, for great will be the day of Jezreel … For the Israelites will live for many days without king or prince, without sacrifice or sacred stones, without ephod or idol. Afterwards the Israelites will return and seek the LORD their God and David their king. They will come trembling to the LORD and to His blessings in the last days.’ (Hosea 1:11;3:4,5).

‘Judah will be inhabited for ever and Jerusalem through all generations’ (Joel 3:20).

“‘I will bring back My exiled people Israel; they will rebuild the ruined cities and live in them. They will plant vineyards and drink their wine; they will make gardens and eat their fruit. I will plant Israel in their own land, never again to be uprooted from the land I have given them,’ says the LORD your God.’ (Amos 9:14,15).

‘But on Mount Zion will be deliverance; it will be holy, and the house of Jacob will possess its inheritance.’ (Obadiah 1:17).

“’In that day,’ declares the LORD, ‘I will gather the lame; I will assemble the exiles and those I have brought to grief. I will make the lame a remnant, those driven away a strong nation. The LORD will rule over them in Mount Zion from that day and for ever.’” (Micah 4:6-7).

‘Though I scatter them among the peoples, yet in distant lands they will remember Me. They and their children will survive, and they will return. I will bring them back from Egypt and gather them from Assyria. I will bring them to Gilead and Lebanon, and there will not be room enough for them.’ (Zechariah 10:9-10).

“The days are coming,’ declares the LORD, ‘when I will bring My people Israel and Judah back from captivity and restore them to the land I gave to their forefathers to possess,’ says the LORD …  I am with you and will save you,’ declares the LORD. ‘Though I completely destroy all the nations among which I scatter you, I will not completely destroy you. I will discipline you but only with justice; I will not let you go entirely unpunished.’ “ (Jeremiah 30:3,11).

These are just a very small sample of the vast quantity of verses that speak on this subject. Some have argued that these verses speak of the Jewish return from Babylon, which is very hard to justify for most of these verses. As has been earlier stressed, I will let the plain simple meaning of these verses speak for themselves and clear away any doubt as to their true meaning.

J.C. Ryle makes an interesting comment regarding this regathering. ‘I might show you by scriptural evidence that the Jews will probably first be gathered in an unconverted state, though humbled, and will afterwards be taught to look to Him whom they have pierced, through much tribulation.’

Remember, this is not the ‘prophecy of justification’ after the event. This is an Anglican Bishop’s reading of Scripture a full century before the World has started to see the incredible fulfilment of the Word of God.

There is a fourth point to Bishop Ryle’s sermon, but I will leave that until a later article, when it is more relevant to the discussion.

Do the prophets speak of the restoration of Israel? 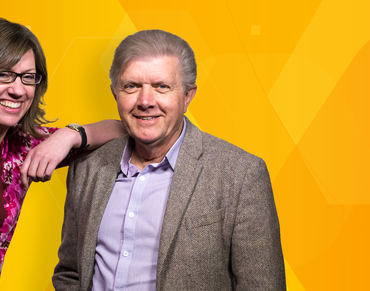 David Voas – Do Women believe in God More Than Men?