The Last Word on the Jews

Let’s face it, most you have read on the subject would have just left it with the lists (in last week’s article) in order to leave the impression in your mind of “Look at us, aren’t we great! Don’t the facts speak for themselves?” But we need to say what is usually not said explicitly. There is something special about these folk. But what is it? Is it in the genes, a biologically inherited characteristic? Is it the environment, perhaps something about being herded into ghettos and forced into inward contemplation? These are definitely contributory factors probably in the same way (and it has to be said) why those of African descent excel at music and sport (how many white sprinters / heavy-weight boxers / basketball players etc. do you know?) But Jewish people have impacted the World in so many different spheres and have influenced the thinking of the World so dramatically, that we need to look deeper at this situation. As mentioned in an earlier article, the three men who have, arguably, most influenced the 20th Century, Albert Einstein, Sigmund Freud and Karl Marx, were all Jewish, as were the founders of two of the main world religions, Judaism and Christianity.

The Jews. What’s it all about? They seem to be at the forefront of everything, whether it’s science, the media, fashion, the arts, the literary world, politics or whatever. Just look at the Times Obituary columns and see how many Jews figure among the great and the good in our society. No wonder some paranoid malcontents look around and think conspiracy! It is a conspiracy, but it’s not of man.

There’s no doubt that – and this is as politically incorrect as it gets – God has sprinkled Jewish people with some form of magic dust. It’s a form of grace, undeserved favour. It doesn’t guarantee salvation or a spiritual high standing. It doesn’t even come with conditions that this gift must be used for the common good. There have been Jewish gamblers, swindlers, gangsters and rogues who have used this gift for personal gain and have died in their sins. It’s a mystery and, I believe, a by-product of the covenant God made with Abraham. It is hinted at in the wording of the Covenant:

“I will make you into a great nation and I will bless you; I will make your name great, and you will be a blessing. I will bless those who bless you, and whoever curses you I will curse; and all peoples on earth will be blessed through you.” (Genesis 12:2-3)

I believe that Jesus is the fulfillment of the above, but there are many Biblical precedents for partial fulfillments of prophecy and this could very well be one of them.

Now I hope this doesn’t sound arrogant, because it is not meant to be. Some things need to be spelt out; sometimes we must go beyond the expectations of polite society and restrictive political correctness and say it as it is. Black people are superb athletes and musical innovators! Asians are hard working and clever! British people are creative and stubbornly independent! Americans are energetic and marketing geniuses! The Japanese are highly productive and polite. And Jews are all of the above, except the first and the last – when’s the last time you met a polite Jewish athlete (or even an impolite one)?

Just look at Israel. Look at what the people of this country, one of the youngest and smallest countries in the World, have achieved. It has a larger economy than all of its immediate neighbours combined and the highest ratio of university degrees to population in the World. Israel also produces more scientific papers per capita than any other nation and has the largest number of startup companies in the World.

Yet, in December 2001, Daniel Bernard, the former French ambassador to England, referred to Israel as “that s***** little country.” It seems that not everyone has felt so positive about Jewish contributions to society. Oh well, never mind. God had the last word with this “delightful” little man (he lost his job and was demoted soon afterwards).

For the next article in this series, click here.

For the previous article in this series, click here.

You can reach Steve with any comments or questions at the Saltshakers Web Community website.

When does political correctness give way to simple logic and observation? 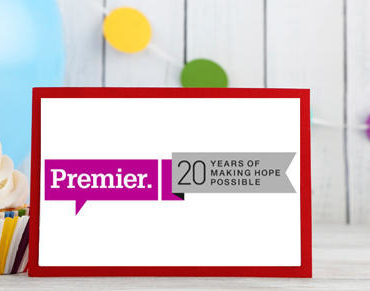 Inspirational Breakfast with Esther Higham Julia Bicknell joined Premier Christian Radio to celebrate our 20th Birthday.Julia Bicknell was one of Premier Christian Radio's first Breakfast presenters and has had over 30 years' experience in the BBC, mainly BBC World Service and BBC World. She was a correspondent from Pakistan, has lived in Vietnam, and has spent extended time in Africa.   www.WorldWatchMonitor.org