Following on from the previous article when we looked at the first five points of theosophist Alice Bailey’s ‘plan’ for the downfall of Western Christianity, given in the 1940s. Here are the other five …

If you lived your life totally immersed in the media today you’d think that homosexuality was the norm and we’re the ones who live alternative lifestyles!

The MCC (the headquarters of English cricket) wouldn’t allow women into its building until 1998. In 2016 it would host a wedding between one of its female staff … and her girlfriend! How quickly things change.

Alice Bailey said: “Enjoying sexual intercourse is the highest pleasure in humanity. No one must be denied or restricted in how to enjoy themselves. People should be allowed to experience sex however they want, whether it is homosexuality, incest or bestiality, as long as the two agree.”

The visible Church is in a real bother over this as it tries to be “relevant” in society and dissenting voices even among Christians are not welcome in the mainstream Church.

A single visit to the Tate Modern art gallery would endorse this one. Go and see for yourself. Tracy Emin’s unmade bed, complete with stains of bodily secretions, soiled underwear and scattered condoms was recently sold for £2.54 million.

POINT #8: USE MEDIA TO PROMOTE AND CHANGE MINDSET

I really don’t have to comment on this. Just one statistic. By 2017, a quarter of a billion people are expected to be accessing mobile adult content from their phones or tablets, an increase of more than 30% from 2013. 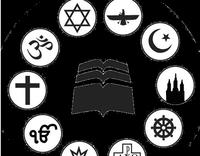 She suggested a strategy that has been ominously successful, to promote the importance of man in determining his own future and destiny. This is humanism. She added, “Tell man he has the right to choose what he wants to be and he can make it happen, he has the right to determine his cause.”

Pope Francis in 2015 said: “As experience has shown for (inter-religious) dialogue and encounter to be effective, it must be grounded in a full and forthright presentation of our respective convictions. Certainly, such dialogue will accentuate how varied our beliefs, traditions and practices are. But if we are honest in presenting our convictions, we will be able to see more clearly what we hold in common.”

Interfaith is well and truly on the agenda now. Yet, let’s remind ourselves: “I am the way and the truth and the life. No one comes to the Father except through me”. (John 14:6)

POINT #10: GET GOVERNMENTS TO MAKE ALL THESE [POINTS] LAW AND GET THE CHURCH TO ENDORSE THESE CHANGES.

Alice Bailey said “The Church must change its doctrine and accommodate the people by accepting these things and put them into its structures and systems.”

This is all happening as we speak. Her ten points were horribly accurate and prophetic. We now see a fulfillment of Alice Bailey’s 70 year old plan for the breakdown of Christian society.

And no-one has really noticed, because people don’t care, they are too busy “living their lives” to stop and think how they are living their lives, and what rules are there for living. We blindly trust society to draw us along … and we usually call this “progress”.

In those days Israel had no king; everyone did as they saw fit. (Judges 21:25)

And how has it happened? Notwithstanding spiritual forces orchestrating the whole thing, ordinary people – Christians in particular – have allowed it to happen. We have forgotten our heritage and our history. Hundreds of years of living at least in some approximation to biblical understanding, have been thrown out the window in just a couple of generations.

This is an extract from the book, Hebraic Church, available for £10 at https://www.sppublishing.com/hebraic-church-101-p.asp

Is the Church currently in a good state? 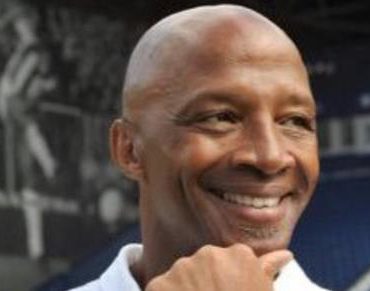