So what’s this with the Church? For a movement birthed by Jews, spread by Jews and informed by their writings and practices, there is a massive disconnect between those times and today. Any objective analysis can only come to one conclusion, the Church has deliberately cut itself off from its roots and this begs us to ask why this should be. Another question could also be to wonder why those natural roots were replaced by harmful ideas and practices taken from cultures and movements in direct opposition to the stated aims of the Church of Jesus Christ. 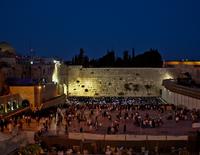 In the early days, the key points of contention were regarding two things. Firstly the day of the week God expressly set aside for rest, the Sabbath (Shabbat). And secondly the timing of the celebration of Jesus’ resurrection at Passover (Pesach) time. Arguably the two most important days on God’s calendar, adding a sinister feel to the situation! In both cases we need to look at the cause of the problem and the effect that it has on all parties.

First the Sabbath. Its form is just that it’s a day of the week, yet, Biblically, it’s a specific day of the week, the seventh day aka Saturday (the day we commemorate the Roman god and planet Saturn), with a specific function, as a day of rest. According to the Bible it is the seventh day of the week, but not according to the secular International standard (ISO 8601), since 1988, which deems Saturday the sixth day. All through the Bible the Sabbath retains its place as the seventh day, including the New Testament, with both Jesus and Paul acknowledging it so. Yet, in the Church today, Sunday is now deemed to be the Sabbath, or at least the day people ‘do Church’. Why the change, if the Bible doesn’t command it?

Actually I don’t think it is a change.

It’s not that the Church has changed the Sabbath, in its original meaning as a day of rest, from a Saturday to a Sunday, it’s just that the Church has decided that it was only going to meet up once a week and that day should be a Sunday, the day of Jesus’ resurrection. What we should instead be asking is why the Church stopped celebrating the Saturday Sabbath as a day of rest and why it decided that God only requires our presence on one day a week, the Sunday.

To answer these questions, we need to review the early history of the Church. This is tricky as there’s little historical data available for the period between the closing of the Book of Acts and the rise of the early Church Fathers, such as Justin Martyr. We know that the Jewish Christians, known as Nazarenes, fled to Pella in the east, where they existed until the Fourth Century, tenaciously holding on to Jewish observances and Torah teaching, keeping the Saturday Sabbath and the dates of Passover according to Jewish tradition.

Meanwhile the Gentile Church was scattered throughout the Roman Empire and not having a good time of it, with sporadic persecutions. Until Jerusalem was destroyed in AD 135, Christianity was considered as a sect of the Jews and so Sabbath observance was the norm. But now that the Jews were persona non grata, the Christians, in order to blend in and stay out of trouble, began to adopt a Sunday “Sabbath”, in line with Mithraism, the accepted religion of the Roman Empire. These were the plain facts, expedience rather than any study of the New Testament that may have convinced them that God had changed His mind about the Sabbath. To remind us, here’s His first (and final) say on the matter, the fourth commandment:

“Remember the Sabbath day by keeping it holy. Six days you shall labour and do all your work, but the seventh day is a sabbath to the Lord your God. On it you shall not do any work, neither you, nor your son or daughter, nor your male or female servant, nor your animals, nor any foreigner residing in your towns. For in six days the Lord made the heavens and the earth, the sea, and all that is in them, but he rested on the seventh day. Therefore the Lord blessed the Sabbath day and made it holy.” (Exodus 20:8-11)

This is an awkward and embarrassing passage for many Christians, who insist that, although Jesus has affirmed the other nine commandments, he, for some reason, remained silent on this one. Yet Jesus was very vocal on those who misunderstood the meaning of the Sabbath, with what surely must be his last word on the subject:

If Jesus was Lord even of the Sabbath, doesn’t that imply that it still had relevance, just like everything else Jesus was Lord over, otherwise he would have added such words as, and anyway it has no meaning for you now that I am here?

When is the Sabbath and what’s it all about? 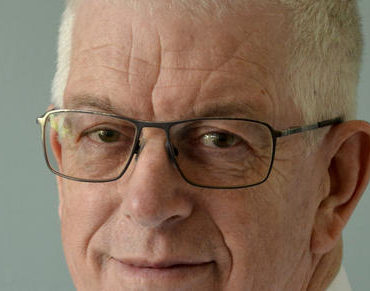 Sharing the Gospel by taking opportunities to speak about Jesus

Faith Hope and Love with Chick Yuill Major Nigel Bovey is a Salvation Army officer who has spent much of his life and ministry in making the gospel accessible and intelligible to those with few direct links with the church and no definite faith commitment. He spoke to Premier's Chick Yuill about the series of webinars he is currently hosting for The Christian Evidence Society and about his years as […]