So now we consider a question, what have the Gentiles done for us? The biggest thing we can thank the Gentiles for is the preservation of the true Church. Of course, I am not referring to the corruption known as Christendom, driven by greed, power, lust and violence that has blighted mainstream Church history and has given us such aberrations as the Crusades, the Inquisition, “Christian” anti-Semitism, “holy” wars, persecution of other Christians, “divine right of Kings”, slavery, bad attitude towards women and minority groups and so on. Running parallel to this and on the margins is what has been termed the “remnant” Church. Here are some glimpses of their story (the full account is in my book To Life):

There’s a tiny island called Iona, off the coast of Scotland. It was one of the first places in the whole of these British Isles to really experience authentic Biblical Christianity, which spread throughout Scotland. One man brought this Gospel, this Good News untainted by the Greek additions, to Iona. He was an Irishman called Columba, who arrived in AD 563 and

established a Christian community that was very different from what was becoming the norm in Europe in the 6th Century AD, as it entered the Dark Ages. He had already planted forty one similar communities in Ireland, but none of them would have such far-reaching influence as this one on Iona. 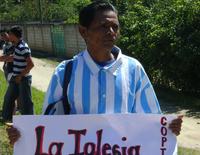 Here was real community, under the benevolent direction of the Abbot, of whom Columba was the first. Members of this community were allowed to marry, unlike their counterparts on mainland Europe. They were extremely Bible literate and were taught to memorise whole passages of Scripture. They also only baptised those who professed faith and celebrated the death and resurrection of Jesus according to the Hebrew calendar. From this base a relentless period of evangelism was launched, leading to the creating of around sixty similar communities in Scotland before Columba’s death. But the arrival of Augustine to these shores, within a year of Columba’s death, was to signal the beginning of the end of this independent expression of the Christian faith and Britain was eventually sucked into the paganised Roman Catholic system. So what happened to the pure faith of the apostles in the meantime? There surely had to be a surviving remnant somewhere?

Any group that defied the various State churches tended to be denounced as heretics and their written material burned. So it is difficult to find an impartial historical witness for any expression of Christianity other than the Greek-tainted party-line of official Christendom. A good place to start is to investigate the groups that were hunted, denounced, persecuted and tortured at the hands of the Inquisition or the early Crusades. If they came to the attention of the Popes, the chances were that they were promoting a “different Gospel” to the corrupted version that had been synthesised by the philosophers and theologians and fed to the masses. This made them worthy of investigation.

One such group was the Waldenses. This group lived in the valleys of the alpine regions of Northern Italy. They may have shared a country with the Roman Catholics, but they couldn’t have been more different. They had a high view of Holy Scripture, it was their rule of life, it was a living book for them. They firmly believed in preaching and were very good at it, even counting many Catholics among their converts. They also firmly believed that the Pope was not God’s representative on earth and offered allegiance to Jesus Christ alone.

Another unbroken link from the 1st Century were the Paulicians, who took their name from the Apostle Paul and first appeared in Antioch, where Barnabas and Paul preached and where believers were first called Christians and where many Jewish Christians migrated after being forced out of Jerusalem. These first Christians were able to migrate northwards to Armenia before the Greek pagan influences took hold. They were resolute in holding firm to the true faith and spoke up against what they saw as unbiblical practices, such as the veneration of relics, the worship of Mary and the saints and the excesses surrounding the Catholic Mass.

The story continues next week …

What have the Gentiles done for us? 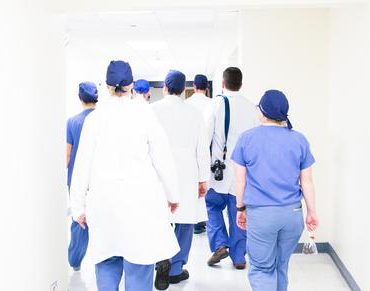 Faith Hope and Love with Chick Yuill Dr Laura Neilson is the founder and CEO of Hope Citadel Healthcare which she describes as an expression of her faith. Hope Citadel runs 10 NHS funded GP practices in some of Greater Manchester’s most deprived communities, seeking to address the whole person and not just their physical needs. Laura talks to Chick Yuill about her faith, her passion for social justice and her […]