Orthodox rabbis have a problem, a big one, how to explain away the Suffering Servant and the Scriptures that spoke of him. The Old Testament seemed to speak of not one, but two Promised Ones, two Messiahs of very different character and purpose. Jesus fulfilled one and not the other. The Messiah expected by those first century Jews was not fulfilled by Jesus during his brief sojourn on Earth. So, although it may have been easy for Jewish scholars then and now to say that Jesus couldn’t have been the kingly, conquering Messiah, what is a lot harder for them is to explain away the other Messiah, the Suffering Servant.

By the time the Talmud was compiled in the 4th Century, they had developed an interesting concept that would address this situation. They began to talk of an individual called “Messiah Son of Joseph” or “Mashiach ben Yosef”, in Hebrew. 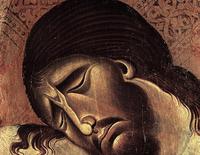 This character was meant to be linked not only to the Suffering Servant of Isaiah 53, but also to other prophecies in such places as Zechariah, that spoke of a Messiah other than the great king and judge who will bring peace to the Earth, rebuild the Temple and bring back the Jews to the land. It was a fudge to explain away the prophecies fulfilled by Jesus in his first coming. After all, if it could be proved that the Jews still waited for two Messiahs, it gave strength to their argument that Jesus couldn’t have been either!

Messiah Son of Joseph is to be of the tribe of Ephraim, the Son of Joseph. That immediately disqualified Jesus, of course, being of the tribe of David, the true messianic line. This “messiah” is to come first, before the second Messiah, the Messiah Son of David, but would have a subservient role. His role resembles that of John the Baptist, in that he would prepare the world for the coming of the main man. That’s where any resemblance ends. Despite supposedly fitting the profile of a suffering servant, this Son of Joseph is a politician and a military man. He will wage war against Israel’s enemies, particularly the descendants of Esau, whichever nation claim descendancy from the ancient Edomites. Here is the supporting scripture:

There will be a massive confrontation and the Son of Joseph will be killed, supported by the Scripture often attributed to Jesus.

His death will be the beginning of the end, the tribulation period, which will present a series of tests for Israel. Then the Son of David will come, avenge his death and resurrect him. Then will come the Messianic era of peace and harmony.

So that’s the Jewish end-time script. But there’s a twist to it. You see, it’s an interactive script and can go in either of two ways. If the World progresses in the current manner (i.e. a steady decline), then the script will be acted out as above. But there’s a second possibility, a scenario that doesn’t necessarily include the Son of Joseph at all.

In short, it all depends on the spiritual condition of the Jewish people at any given time. If they return to God in a big way, then there would be no need for a Son of Joseph, no tests and tribulations. Instead the Messiah Son of David will come at his allotted time to redeem his people.

For this to happen, Jewish people worldwide, from orthodox rabbis to atheistic humanists, would unilaterally drop to their knees in deep repentance for their sins.

Who is the Messiah expected by orthodox Jews? 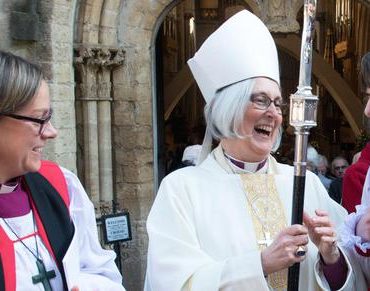 Wales’ first woman bishop will preach at the opening service of the National Eisteddfod, which is a celebration of the culture and language in Wales this weekend.