Globalisation has increased over the last 40 years, driven by developments in transport, communications and economics. Companies like McDonalds, Microsoft, Apple and Google are found in virtually every country. The rise of social media has rendered national borders largely irrelevant. Financial institutions have helped to make this happen by creating new electronic payment services facilitating cross-border trade. This creates larger markets and makes possible economies of scale.

Some commentators suggest that globalisation is like the weather; we can moan about it but not do anything to change it. The large number of traditionally Labour supporting constituencies that switched to the Conservatives in the 2019 General Election suggests otherwise. Their support for Brexit was a tacit rejection of globalisation because they thought the economic model developed since we joined the EU in 1973 had not delivered for them. Remainers would argue that weak productivity and poor train services are not the fault of the EU but they failed to convince the voters in the 2016 Referendum and December’s election.

Nor is this an exclusively British reaction to globalisation. Populist anti EU movements have emerged in France, Italy and Greece. Unemployment in the Eurozone is more than 10%, Italy’s economy has not grown and Greece’s economy has shrunk since joining the EU. As in the UK, austerity has eroded the welfare services. There is a perception that globalisation has benefitted a privileged minority but not everyone.

That is all fine but Brexit and its equivalent movements in other countries fails to address those issues that require nations to work strategically together. Acting to reduce global warming and prevent related climate change is an obvious example. Stopping glacial melting in the Arctic and Antarctic and preventing the flooding of low-level land space needs all nations to act, not just those who suffer. Equally, those living in parts of Africa where climate change makes agriculture impossible need the rest of us to become carbon neutral. People from these arid zones who are seeking to escape to Europe in order to survive need European countries to work together to cope compassionately with the tides of immigrants.

Collective action to prevent slavery, criminal drug gangs and religious persecution are other issues that call for global responses. Russian expansionism in Europe is another threat that calls for global opposition. The Russian annexation of Crimea succeeded because there was no global response in support of the Ukraine. Similarly, the persecution of the Rohingya people in Myanmar, causing a million of them to flee to Bangladesh, was possible because there was no global action to pressure the Government to withdraw their troops from Rakhine State

There are both advantages and disadvantages of globalisation and time will tell whether our decision to leave the European Union will be beneficial or not. Regardless of that, we will still need to work well with our neighbours both for the good it will do for us and for the good we can do for them too. We will do that remembering Jesus’ teaching to “love your neighbour as yourself” (Matthew 19.19). Of course the EU is a modern creation but was not St Paul giving Jesus’ teaching wider application when he wrote “The entire law is summed up in a single command, love your neighbour as yourself” (Galatians 5:14)? 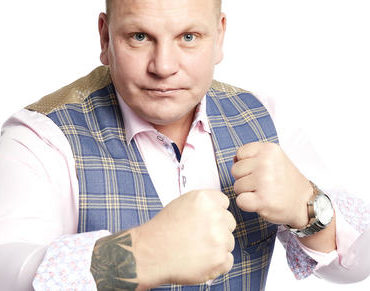 Survived Heroin, Survived Most of Life Threw at Me.. but i was broken.

Inspirational Breakfast with Esther Higham Taming of a Villain- A message of Hope, tells the dramatic life story of Allen Langham, a former career criminal, who at the brink of suicide had a dramatic encounter with God in a prison cell and became a committed Christian that day.Allen, a former professional Rugby League player was born in Doncaster, United Kingdom. Came from a background with an absent father and sudden […]