Caring for the poor

The Social Metrics Commission (SMC), an independent group of experts, reckons that there are now more than 14.3 million people in poverty in this country. 8.3 million of them are working-age adults, 4.6 million are children and two million are of pension age. 49% of these people are living with persistent poverty. These statistics are based on calculations that take account of income, housing costs, childcare costs, costs associated with disability and accessible savings. SMC concludes that 22% of the public are in relative poverty and 19% – that is 12.5 million people – are in absolute poverty. What makes these statistics even more shocking is that over half of these households have someone in paid work.

Free school dinners for their children is one way society seeks to help the poorest families. Eating a nutritious lunch is good for their children’s health and it can increase their concentration at school but these meals are only free for those whose parents are out of work. As soon as they have a job they have to pay for them. Moreover, these meals are only available in term time.

Also within these statistics are an estimated 2 million pensioners who have a relatively low income and 1.6 million in absolute poverty. Their poverty may also be made worse if they are living and struggling to cope on their own. 3.6 million older people live alone and 2 million of them are aged over 75. Their loneliness may be compounded by poor health, limited mobility, depression and mental health problems.

Poverty can also lead to family breakdown.  A study by Professor Brewer and Dr Alita Nandi of the Institute for Social and Economic Research at Essex University reports that 19% of children fall into relative poverty after their parents split up. They say “Women continue to see living standards fall by more after separation than men, especially when children are involved, but even for couples with no children”. These statements are not election slogans but the outcome of serious, academic research so they should not be casually ignored.

Christians will recall that Jesus taught that we should “love your neighbour as yourself” (Matthew 19:9) and he told the rich young man to “sell your possessions and give to the poor” (v21). He told the prominent Pharisee when he gave a luncheon or dinner “to invite the poor, the crippled, the lame, the blind,” not his friends and relatives (Luke 14:12-14). The first Christians sold their possessions and goods and gave to anyone in need (Acts 2:44-46). The Apostle Paul took up a collection in the churches he helped to plant for the poor in Jerusalem (Acts 24:17; Galatians 2:10).

Christians today cannot by free will offerings solve the poverty problem in our society but we can look out for evidence of it in our communities and do what we can respectfully to love our needy neighbours in ways that do not embarrass them. We can also put pressure on our constituency MP to lobby the Government to rethink its tax and welfare policies to release the poorest from the grip of poverty. This is a Christian duty not a partisan political proposal. It is surely what Jesus would still commend. 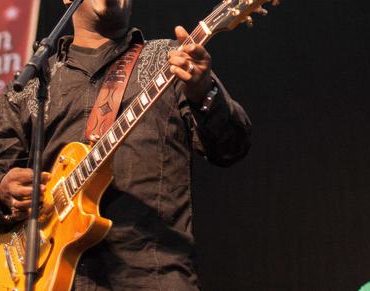 Woman to Woman NOEL ROBINSON shares his story of going from playing guitar with his father in church aged 6, to touring with Graham Kendrick, music directing Ron Kenoly to leading. His new album details can be found at www.noelrobinson.com