I suspect that prisons and prisoner welfare are not a high priority for most people but sobering new evidence suggests they should be both for the sake of the prison staff and for the prisoners themselves. On a typical day there are 25 attacks on prison officers. In the year to June 2018 9,485 assaults on staff were recorded, a 27% increase on the previous year. 947 of them were serious assaults requiring medical treatment. In addition to these incidents were 49,565 cases of self-harm, an increase of 20% from the previous year.

So serious is the situation in four prisons, Bedford, Birmingham, Liverpool and Nottingham, that the Chief Inspector of Prisons, Peter Clark, pressed the Prisons Minister to take urgent action. Rory Stewart, the Minister, said he would resign if there were not substantial improvements within a year.  Peter Dawson, the director of the Prison Reform Trust said, “Despite the unrelenting effort of many in the system, all of the indicators show there is no end in sight to the catastrophe that has engulfed many of our prisons.”

There are five obvious causes of these problems, First the prisons are over full. Too many non-violent criminals are sent to prison for short sentences. They might just as well be given properly supervised non-custodial sentences of community service. Second, overcrowded prisons mean poor and unsanitary conditions with too many prisoners in each cell, creating discontent.  This is made worse, thirdly, by a shortage of experienced prison officers. 3,500 new ones have been recruited in the last 2 years but they lack the experience to cope with hardened convicts. Matters are made worse by prisoners using drugs smuggled into prison or delivered by drones.

Dr Sarah Wollaston, the Chair of the Health and Social Care Select Committee, has summarised the situation like this. “A prison sentence is a deprivation of someone’s liberty; not a sentence to poorer health or healthcare. Too many prisons remain unsafe and unsanitary. Violence and self-harm is at a record high, with illegal drugs adding to the problems for both prisoners and staff. Poor living conditions, diet and restricted access to healthcare and activity are compounding a cycle of deprivation and health inequality. We need assurances from Government that it will urgently address the very serious situation in prisons with a whole systems approach underpinned by sufficient funding and attention to the prison and healthcare workforce.”

Dr Wollaston will have been made aware that the mortality rate of prisoners is 50% higher than the population as a whole.  In many cases that was true even before those prisoners were convicted because of previous neglect, poor housing and histories of smoking, drug and alcohol abuse which their prison experience reinforces.  Corrective measures must include cutting off supplies of drugs, which is easier said than done. Replacing older prisons with new ones adequately equipped to provide adequate health care and physical exercise will also help. Recruiting and properly training prison staff is another essential.

All this poses questions about what priority is given to tackling the prison crisis. I suspect it will come low down in many people’s hierarchy of social needs but common sense suggests that there is a greater likelihood of genuine reform if a prisoner’s experience has been positive rather than a living hell. A Christian perspective will also take note of Jesus’ teaching that we should love our enemies, (Luke 6:27-36; Matthew 5:44). 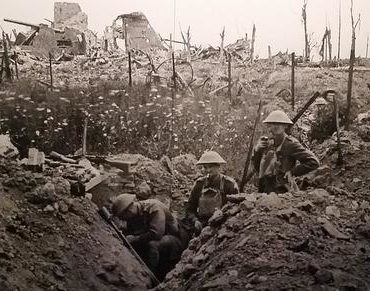 Inspirational Breakfast with Esther Higham 100 years ago on Sunday marks the end of WW1 and today we’re joined by Dr Andrew Hill, former squadron leader and director of the Soldiers and Airmen Scripture Readers Association (SASRA) and Steve Penny who works as an Army Scripture reader! Both tell us the importance of assisting those in the trenches in their spiritual battle and how you can get involved. For more […]