First, we should recognise what is wrong with the EU. It is currently a combination of 28 countries each with their own histories, cultures, languages, economies, strengths and weaknesses. Those who think of the EU as a potential United States of Europe are failing to understand the irrationality of that. The EU today is nothing like the states that became the USA in 1776 and it is a fantasy to think otherwise. That is not what the EU was founded to be or is destined to be.

A major flaw in the EU is its democratic deficit. The European Parliament is democratically elected but has limited powers. The Council of Ministers includes the political leaders of the member states who have been elected in their nations but their level of accountability for what they do as a Council is weak. The European Commission, the EU’s permanent civil service is powerful and inadequately accountable to either the Council or the Parliament. That is why it can make silly rules about the shapes of bananas and such things that irritate citizens and make the EU a joke.

On the other hand, its critics need to recognise the historical reasons for the creation of the EU. It began life in 1951 as the European Coal and Steel Community and soon became the European Economic Community (EEC) in 1957. It was not until 1993 that the EEC evolved into the EU but those 42 years saw a process of healing and reconciliation from a century of conflict and two continental wars that killed 231 million Europeans. People like Robert Schuman, Konrad Adenauer and Alcide de Gasperi, who led this process, were all Christians and the founding of the EU was deeply rooted in Christian values. That influence may have waned since but how many of us have prayed for the leadership and values of the EU institutions?

The case for remaining in the EU is partly economic – the EU is our largest export market and leaving could damage our economy and lead to people losing their jobs. Just as serious is our mutual need for collective security in the face of Russian expansionism. Thirdly, the very idea of Britain standing alone in today’s globalised world is another fantasy. Technology has made isolated nation states virtually meaningless in the 21st century. The xenophobic hostility to foreigners coming to Britain is a nonsense given the shortage of skilled labour in the NHS, the construction industry and agriculture. It is also unchristian.

So, there are serious arguments both for leaving and remaining in the EU and the aim of this blog is not to support either of them but to plead for a national debate that eschews blinkered prejudice and respects those who come to a different conclusion to one’s own. Our deeply divided nation won’t be healed until we do. 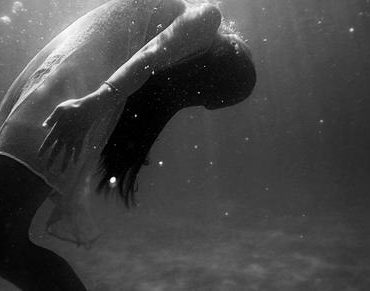 I came back from the dead!

Woman to Woman TOLU ADESINA was certified dead by medical professionals, but it wasn't her dramatic return to life which caused her to come to faith. Hear her share her story with Maria Rodrigues.