The dubious role of nationalism in Brexit

Neither the Council nor the Commission are directly elected and the EU Parliament is not strong enough to hold them to account. That said the nationalism that underlies so much Brexit thinking should also be critically scrutinised because it is not as noble as its adherents believe.

Of course, the nationalism that brings people together and provides social glue, as it did during the London blitz in 1940, is a good thing to be valued. Support for national teams is also harmless when matched with respect for their opponents. The cultural nationalism of the Scots and Welsh is understandable so long as it reflects the best, not the worst, in those cultures. But the sort of nationalism that leads to racial abuse and hostility to immigrants is an evil to be avoided at all costs. Xenophobia is a stain on any nation that tolerates it. The treatment of the Jews in Nazi Germany was evil and that of the Rohingya people in Myanmar is just as bad.

Nationalism that obstructs international cooperation is a hostile force.  Reducing global warming is currently essential and Donald Trump’s America First policy and his withdrawal of the USA from the COP21 Treaty were grossly selfish and stupid. In the same way nations which turned their backs on the flood of refugees from the Middle East and Africa were wrong to do so. Many were fleeing oppression and persecution. The so-called economic migrants were escaping poverty, and a life without adequate health, education and the means for obtaining them. The inward looking nationalism that felt no compassion for those people was deeply shameful. Moreover, had more of the developed economies of Europe given the desperately poor countries aid, as Britain does, a migrant crisis might have been avoided.

Globalisation is another bête noir among these Brexit nationalists.  Modern means of travel and communications make it possible to operate on a global stage that makes international cooperation possible and national isolation damaging. International organisations such as the IMF, the World Bank and the World Trade Organisation play a useful role in encouraging trade and helping the poorest nations in times of trouble.  Britain was at its best when our doctors and nurses were tackling Ebola in Sierra Leone and diphtheria in Cox’s Bazaar in Bangladesh.

Aggressive nationalists also need reminding of the cultural debt we owe to Europe for the music of Bach, Mozart, Beethoven, Wagner, Haydn and Brahms, and the art of da Vinci, Raphael, Degas, Monet and Gauguin. Europe has played a significant role in our history and many Britons can trace their ancestry back to European roots.

None of that makes Brexit wrong but it does make it desirable that the current negotiations eschew an isolationist nationalism and ensure that we will continue to have harmonious economic, cultural and security relationships with our European neighbours. Their supportive responses to the UK following the murderous attacks on Sergei and Yulia Skripal were evidence that when faced with Russian threats we can look to them for support regardless of Brexit. Nor should we overlook the biblical perspective that nations and nationalism will have no place in eternity, when Christ returns. 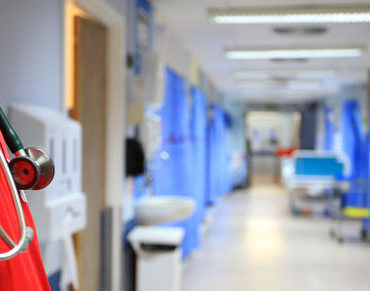 An atheist has been appointed for the first time to a post of head chaplain at an NHS trust.