The other side of Brexit

The EU has responded to the initiation of Article 50 by setting three priorities and refuses discuss our future relationship and trade with them until these priorities are met. We need to understand those priorities if we are to be realistic about our future after March 2019.

The most controversial of them is the financial settlement. In her Florence speech Theresa May said we will honour our obligations and costed them at £18billion. Hard line Brexiteers rejected even that but it fell short of EU expectations. As a member state the UK has voted for five-year budgets and for the remainder of the current budget period the outstanding UK contribution is £27billion. In addition to that the UK has voted for investment projects in the less developed regions of the EU and there will be hardship if those contributions of about £18 billion are not made. Thirdly, there are commitments to pension contributions of roughly £9billion. There are also loans to Ukraine and Ireland of approximately £10 billion, which should eventually be repaid.

That adds up to £64 billion, a lot more than the £18 billion Theresa May tacitly offered. It is rumoured this week that she is willing to increase her offer to £38 billion and might persuade her Cabinet to agree to that but it is unlikely to satisfy the EU. The UK negotiators can argue that we should not have to contribute to projects that begin after we have left the EU and the pension bill could be calculated in a different way. They might also claim a share of EU assets as well as its liabilities but the EU negotiators consider these assets belong to the EU as a whole, not to individual member states.

One of the principal arguments for Brexit was to recover control of our borders. Ironically the most difficult issue now is how to apply that to the one land border we have with the EU – that between Northern Ireland and the Irish Republic. Neither the UK nor the Irish Government wants to establish hard borders on the 310 miles between north and south. 30,000 people cross the border each day and in 2015 £2.7billion worth of goods were exported to the republic from the north. Over 80% of this trade is by small and medium sized enterprises.

Logically Brexit ought to mean a hard border but there is a real fear that this might undo the peace process established by the 1998 Good Friday Agreement. The current divisions in Northern Ireland that have caused a breakdown in the power-sharing agreement between the DUP and Sinn Fein make finding a solution more difficult. To its credit the EU understands the need not to disrupt the peace process but none of the parties can agree how to resolve the border issue.

The UK wants exceptional arrangements so that small traders and workers will be allowed to cross the borders without customs controls whilst EU agricultural and food safety standards could be overcome by regulatory equivalence with the EU. Brexiteers fear that the Common Travel Area agreement between the UK and the Irish Republic could become a ‘back door’, for EU citizens to enter the UK but that might be a risk worth taking to secure agreement with the EU.

The third key issue of the rights of EU citizens living in the UK and UK citizens living in the EU is comparatively simple if the Government has a mind to obtain a good trade deal with the EU post Brexit. Common to all these issues, if there is a will to find a solution it will happen and whatever our views of Brexit we should be praying for grace and wisdom for our negotiators. 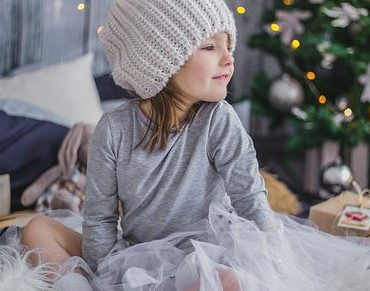 How do we help children avoid the commercialisation of Christmas?

Woman to Woman HELEN GOLDENBERG of Children Can ministry offers advice about how to keep Jesus the centre of advent and Christmas celebrations. She shared with Maria Rodrigues.www.childrencan.co.uk