Couples who argue are happier

What are the things you argue about the most with your spouse?

According to a major new survey (by leading relationships charities Relate, Relationships Scotland and Marriage Care) couples argue most about money, followed closely behind by not understanding each other – differing sex drives  – and lack of work-life balance as a source of discontent among couples.

Counsellor & Director for Marriage Care, JENNY PORTER tells Premier’s Lisa Mainwaring that conflict isn’t a bad thing in a relationship.  Unfortunately, when arguing, confrontation is necessary. Fighting through an issue can still be stressful; however, the burden of stress is short lived compared to the stress that may build up if important issues are ignored and left unaddressed. But is there a right way to argue?

Jerusalem City of the Living God Whenever we celebrate the Eucharist we go to Jerusalem: For as often as you eat this bread and drink the cup, you proclaim the Lord’s death until he comes (1 Corinthians 11:26). To proclaim or, literally ‘show’ the Lord’s death, is part of our Christian formation. God’s once for all saving action in Jerusalem is carried into every place and age by the Holy Spirit. We are drawn into Christ’s action of self-giving, death and resurrection […]

Are the Bible and the natvity story relevant today?

Woman to Woman MATT CURREY of Life Words ministry spoke to Premier's Maria Rodrigues about resources to help us point people to Jesus, the light, in this season when there is much pain, difficulty and darkkess. www.lifewords.global 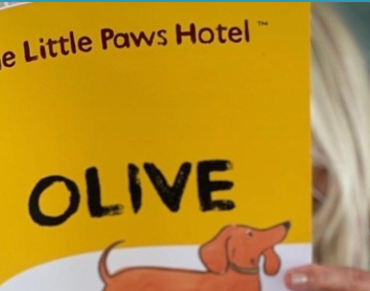 When God Breaks In!