But Moses protested to God, “Who am I to appear before Pharaoh? Who am I to lead the people of Israel out of Egypt?” God answered, “I will be with you.”

Moses was about 80 years old when God spoke to him from the burning bush. He was in the desert of Midian, on the eastern side of the Red Sea, because he was running away after he had murdered an Egyptian. The idea of not merely returning to Egypt but appearing before Pharaoh must have seemed crazy to him. And, given his upbringing in the royal palace, he hardly had the common touch to lead the people of Israel out of Egypt. It is little wonder, therefore, that Moses questioned God’s decision to appoint him as the people’s leader.

When God calls people to serve him they almost always the same question, “Who am I?” I certainly did. I was 18 years old when a man in our church asked me to go and preach in a village church near our home. I was amazed that he thought I would be suitable. It sounded like a terrifying responsibility. What would happen if I dried up mid- way through the service? Who was I, as a mere teenager, to lead people in worship who were very much older than me? I was extremely unsure of myself but I agreed to take the service. I also ensured that no-one from my family attended! I couldn’t have coped with that. However, as the service progressed I spotted a friend of my parents sitting at the back of the church. This was definitely not what I wanted because I could now be sure that a full report on the service would get back to my family. At the end of the service the friend came up to me. Only those who have led public worship will know how vulnerable one feels in the moments after a service. She looked at me with a warm smile and said, “Jonathan, the Lord was with you this evening.” Her affirmation was incredibly important to me, and gave me courage to keep preaching in the knowledge that the Lord would always be with me.

On paper Moses was spectacularly ill-suited to the role of leading the people of Israel. But God had called him and would be with him, and that’s what mattered.

QUESTION: In what ways are you encouraged by the knowledge that God is with you?

PRAYER: Lord God, thank you that however great the challenges that I face, you will still be with me. Amen

Or via your preferred podcast platform here 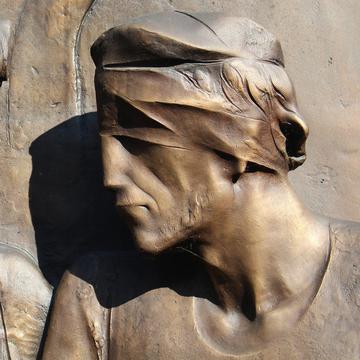