Somewhere deep in the city of Istanbul, I got out of the cab and walked into the building, then took the elevator up to their apartment. I’ve never been in an elevator quite like that one – it had no inside door, so I could watch as the wall went down. I saw each floor pass before my eyes. I won’t forget the first time I met Stan. We didn’t know it at the time, but he had about seven months to live.

His wife was so welcoming, and his children smiled, shook my hand. They carried the kind humility of those in deep sadness. I walked into Stan’s study and he was lying on a low couch. He sat up and smiled. He seemed to be doing okay, but his skin had a translucent quality and his eyes turned down at the edges with weariness.

Stan had Stage 4 liver and colon cancer, and I was there to hear his story and then share it with the world.

There’s something about death that I do not understand. Many things, actually. My relationship with death is akin to that of a man with the animal he hears walking just out of his sight. He is deep in a thousand mile wood, surrounded by thick brush.

There is awe and curiosity.

But for many years there was mostly fear. The crackling of branches at night. The unknown intent of the beast. The knowledge that, at some point, the beast would carry me away.

My time with Stan and his family was beautiful. The way they let me into that space of suffering and pain was such an honor. Their openness and generosity during such a difficult time changed me.

I left Turkey after three weeks, and living in such close proximity to death had marked me. I woke up at night, sensing its heavy breathing on the back of my neck. I saw it everywhere I went: its inevitability, its steady, onward march. It will eventually take everyone I love. It will eventually take me. I paced the house. I felt anxious and afraid.

Eventually my questions became targeted at God, as all of our deepest questions do. I felt that in some way he had abandoned Stan’s family, that he had abandoned me. I felt like a child at a shopping mall in the throes of the holidays who turns around to discover his parents are not there – he is surrounded by a mob of strangers and he has no idea where to go next.

So I did the only thing I know to do. I wrote a story, a novel, and I called it The Day the Angels Fell.

It was the story of a boy named Sam whose mother dies. He goes in search of The Tree of Life so that he can bring her back. I became Sam in that story, and somehow, in his quest, I found peace. I found a way to live even as the beast crept alongside me in the thicket. Writing helped me find my way.

More importantly for me, writing this story helped me to feel less lost.

This is what stories can do for us.

Shawn Smucker is the author of the book, The Day the Angels Fell, and he lives in Lancaster, PA with his wife and five children. He blogs at ShawnSmucker.com.

Rape in the Bible

Woman to Woman Mandy Marshall of Restored offers advice on how to spot abusive relationships and find healing after rape. 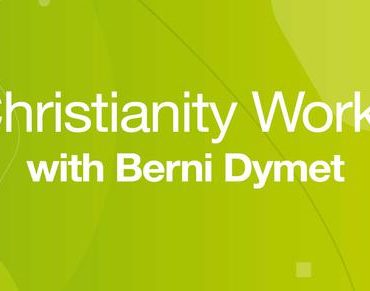 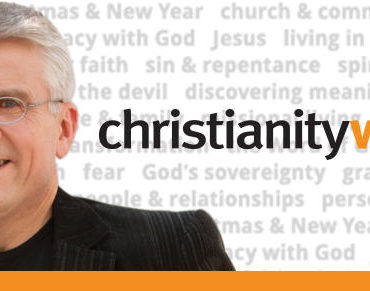