It’s amazing to me how much Gods managed to pack into just one chapter of His Word the Bible, His living Word. And if you and I can just drink that in, the amazing power of God’s grace, then we’re going to experience a transformation in our lives that words simply can’t describe.

Now to some that might sound to be a bit over the top, a bit much if you will. Transformation? ‘Hey I’ve believed in God for years’, some people are saying, ‘I’ve never experienced any transformation’.

Well that may be you, that may ring a little true for you and if it does stick with me because we’re going to dig deep today into what God has to say into your life about His grace transformation for you.

Have you ever wondered what grace is? Grace is when you receive something good but you don’t deserve, it’s the flip side of mercy. Mercy is when you are spared a punishment that you deserve. Grace is when in its place, you receive a blessing that you don’t deserve. Two sides of the one coin – mercy and grace. And one of the greatest acts of grace that God could ever pour out on anybody is a freedom from their past.

Let’s dive into Gods Word now, Isaiah chapter 43, a pivotal time in the history of Israel, they were in Babylon of all places, having been captured and exiled as slaves by the Babylonians.

Now for them that was an outrageous thing because they knew that they were God’s chosen people. They knew that God had delivered them from slavery in Egypt some centuries before and brought them to the Promised Land, the Land He had promised to Abraham many many centuries before.

And yet here they were again, not living in freedom in that Promised Land but living in captivity as slaves in another land. Why? Well because they had turned their backs on God. Now God was patient with them but eventually His patience ran out and He allowed the Babylonians to destroy Jerusalem, destroy the Temple and take His own people into captivity.

The Israelites were living out the consequences of their own sin. Does that sound vaguely familiar? It happens to all of us when we turn our backs on God and go our own way in sin, in rebellion against Him. We all end up living out those consequences and as far as the Israelites could see there was no hope for the future, they were stuck there in slavery, great, just, let me say, like it is for you and me when we’re wallowing in the slavery of our own sin.

But before that transformation, before that release can happen something else needs to happen in the hearts and the minds of His people. Have a listen to what God says through Isaiah chapter 43, verses 14 to 21.

Thus, says the Lord your Redeemer, the Holy One of Israel, ‘For your sake I will send to Babylon and break down all the bars and the shouting of the Chaldeans will be turned into lamentation. I am the Lord your Holy One, the Creator of Israel, your King’. Thus, says the Lord who makes a way in the sea, a path in the mighty waters, who brings out chariot and horse and army and warrior. They lie down, they cannot rise as they are extinguished and quenched like a wick.

‘Do not remember the former things or consider the things of old. I’m about to do a new thing, now it springs forth, don’t you see it? I will make a way in the wilderness and rivers in the desert, wild animals will honour me, the jackals and the ostriches, for I give water in the wilderness, rivers in the desert to give drink to my chosen people, the people who I formed for myself so that they may declare my praise.’ (Isaiah 43: 14-21)

What is it that needs to happen? God needs to shift their focus off their circumstances onto the great and mighty redeemer that He is. And God needs to get them to forget their past and place their hope in Him for the future because if all they can focus on is their past failures and their present predicament then they won’t be ready to receive the freedom that He’s about to bring. And the very same is true for you and me.

That’s precisely how it would have seemed to the Israelites. Seventy years in captivity, seventy years of the punishment that by now they knew they so richly deserved and no hope for the future until all of a sudden, without warning the grace of God breaks into their bleak reality and God calls on them to forget their past and replace it with a vision of a bright future – a way in the wilderness, waters and rivers in the desert to give drink and to bless His chosen people, the people whom He formed for Himself to declare His praise.

I believe that God is saying the very same thing to us today, to you and me. Forget the past, He’s wiped your slate clean through Jesus, through the death and the sacrifice of Jesus on that cross for you, the past is irrelevant when you consider the future in the light of the grace transformation that God wants to bring into your life.

Do you hear Him through His Word today? Because the moment anyone believes in Jesus the past becomes completely irrelevant. All those hang ups from the past that hang you up are wiped away. 2 Corinthians chapter 5 and verse 17 says:

If anyone is in Christ they are a new creation. Everything old is passed away. See, everything has become new.

How much of the past has passed away? Everything, all of it, every last little bit is gone the moment you believe in Jesus because in God’s sight and in reality you have become a completely new creation, you have literally been born again and everything about you has become new, everything.

And God wants us to see that today. That’s why in that verse that I just read He says, ‘See, see everything has become new’. Do you see? Because that’s the great reality that God wants you to see today – the reality of your complete transformation. You, your life, your slate wiped clean and your future, whatever it may hold in God’s plan for you is bright because your God, the same one who sent Jesus for you, is pouring His grace out into your life today through His Word and His Spirit.

Back there in the Old Testament, Israel was punished for their sins but you and I, we have a new contract, a new arrangement with God written in the blood of Jesus who bore the punishment that you and I so richly deserve. Back then, the Israelites didn’t receive mercy but eventually they received grace.

Today you and I, if we believe in Jesus, we receive both mercy and grace, both freedom from punishment that we deserve and the unmerited, undeserved favour and blessing of God through Jesus, through Him alone and nobody else.

What a grace transformation, the power of the past over you is broken, your future lies in God’s hands.

What a blessing! what a grace transformation! 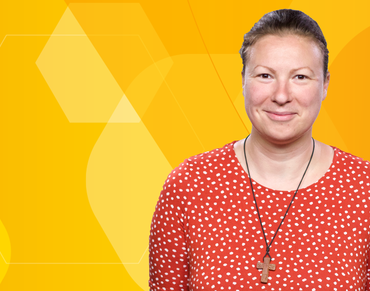 Finding God in the Chaos

Woman to Woman Maria Rodrigues sits down with author and Spring Harvest speaker Cathy Madavan to discover how we can find God in the messiness of our lives. 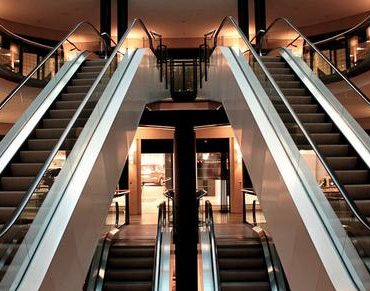 I Shop, Therefore I Am – Shopping as a 7-day Fix 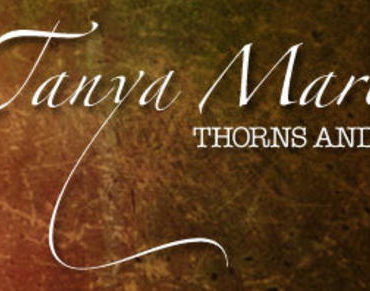 The beauty of being average