Mountains of Evidence for the Bible?

At a time when people used to believe the ocean floor was a flat plain, the Bible said there were underwater mountains and valleys.

Today, scientists have found thousands of these ocean-bottom mountains all over the world. Valleys are also found dividing them. But they weren’t discovered until modern times, many centuries after the Bible was written.

So where in the Bible does it describe this phenomenon long before science?

The first passage is found in the book of Jonah. Written between 793 and 758 B.C, it records the prophet Jonah being pursued by God after disobeying his command to preach to the people of Ninevah (an ancient Assyrian city of Upper Mesopotamia).

Jonah is then famously swallowed up by a big fish before being spat out on the shore three days later. In chapter 2, the Bible describes his descent into the depths of the sea:

The waters compassed me about, even to the soul: the depth closed me round about, the weeds were wrapped about my head. I went down to the bottoms of the mountains 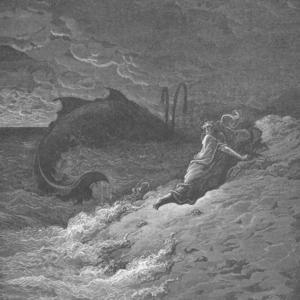 Firstly, it is clear that Jonah is under the water. He says the deep has enclosed him (v5).

Secondly, the Bible describes him descending down into the water where the bottoms of the mountains are (v6). These are ‘mountains plural’ in the heart of the Mediterranean sea.

Science has confirmed that underwater mountains are often found in chains, thousands of miles long on the ocean floors.

‘You hurled me into the depths, into the very heart of the seas, and the currents swirled about me; all your waves and breakers swept over me.’

What about the valleys?

Not only does the Bible refer to these underwater mountains, but it also describes the valleys which divide them.

‘The valleys of the sea were exposed and the foundations of the earth laid bare at the rebuke of the Lord, at the blast of breath from his nostrils.’

Google the word ‘valley’ and it will say it means, ‘a low area of land between hills or mountains.’ Where there are mountains there are valleys and according to 2 Samuel that is exactly what we find on the seafloor.

But what does it mean when it says the ‘foundations of the earth?’ Let’s allow the Bible to define its own terms by comparing scripture with scripture:

“Stand up, plead my case before the mountains; let the hills hear what you have to say. “Hear, you mountains, the Lord’s accusation; listen, you everlasting foundations of the earth. For the Lord has a case against his people; he is lodging a charge against Israel.” 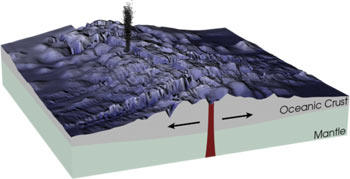 In 2 Samuel 22:16 we’re also told the valleys and mountains are revealed or discovered by God blasting the sea with the breath of his nostrils. The context of that passage is King David’s deliverance and so he clearly knew about them. But interestingly, the first time we see God blast from his nostrils is in the famous parting of the red sea:

‘By the blast of your nostrils the waters piled up. The surging waters stood up like a wall; the deep waters congealed in the heart of the sea.’

Could Moses and the Israelites have seen these underwater mountains when crossing the red sea?

We’ve just uncovered one revelation. Why not investigate and uncover the ultimate revelation of The Bible itself? With sixty-six books written by 40 authors over a period of 1500 years it truly is a treasure chest of discovery. Inside you will find ancient prophecies, scientific facts and most important of all, God’s revelation to man. Why not start with John’s gospel?

Join Muyiwa for some of the best worship music around. 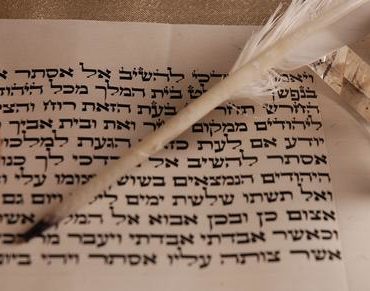 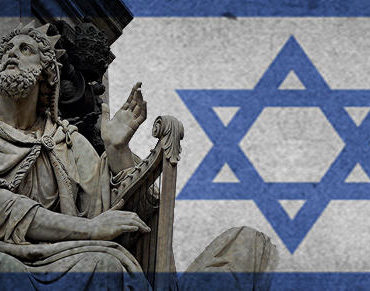