The Lib Dem fight back

The Liberal Democrats usually go first and were in Bournemouth this week. They came nursing their frustrations at doing so badly in May’s election, but left with a new spring in their collective steps.

In 2010 the party had joined the Conservatives in the coalition Government to give the nation a stable majority Government, only to be savaged by the voters this May, their numbers slashed from 57 to 8 MPs. Whilst there was a strong sense of the injustice of this, there were no apologies for what they had done in Government and an eagerness to set the record straight.

They claimed credit for their contributions in Government, namely in raising the income tax threshold to lift millions of the poorest out of paying it; for stopping children being locked up in immigration detention centres; for the free school lunches for millions of pupils; and for supporting the right of same-sex couples to marry. Their new leader, Tim Farron, admitted mistakes had been made but no Government is perfect.  He did not disown the last five years. He was in politics to make people’s lives better, and one has to be in power to do that – so the fight back had started.

Seven issues stood out in the Liberal Democrat vision for Britain. Firstly, they remain committed to clearing the deficit by 2017/18, but they also want a more equal society. Farron said his Christian faith made this a priority. We are all made equal in the eyes of God and gross inequality is a denial of this. An aspect of this is the shortage of affordable homes and the party wants 300,000 new affordable homes built every year so that everyone can have a decent home. They also want the cost of social care of frail elderly people capped and the Conservatives were attacked for abandoning their election pledge to put one in place. The Government was also attacked for reneging on the ‘Green’ policies initiated by Liberal Democrat Ministers in the coalition.  The plight of the refugees escaping violence and persecution was another concern and Farron had visited Calais to see the conditions there for himself. The Government’s responses were dismissed as pitiful and embarrassing. Leaving the EU would be “a killer blow to our prosperity, our security, our stability, our relevance and would be staggeringly unpatriotic”, so the party would campaign to keep us in.

There was a positive Christian voice at the conference. The Liberal Democrat Christian Fellowship saw record numbers at their prayer breakfast, addressed by Sir Simon Hughes, the former MP for Bermondsey. Tim Farron is also upfront about his faith and the place of prayer in his life and politics. Some Christians question how he can be a Christian and vote for same-sex marriage but he wasn’t the only Christian MP to do that. None of us is perfect and I believe that prayer for him and his leadership would be more Christ-like than personal abuse.

Dallas Willard and the Kingdom of God

I first read his name when following up a comment by John Ortberg, then teaching pastor of Willow Creek Community Church, Chicago. I was in the car park of Eastleigh Leisure Centre and was listening to a tape (yes it was 1995) of a talk John Ortberg gave on ministry. 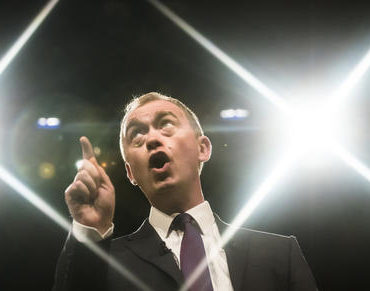 The importance of the Christian presence in government: Should Tim Farron have stayed?